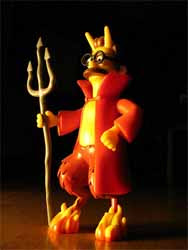 Hugo Kornelis just brought up a very interesting point about SQL Server 2005, and its behavior when using views with ORDER BY clauses in them.

You may be aware that SQL Server 2000 (and previous versions) allowed you to essentially create an ordered view -- something that's not really supposed to be allowed -- simply by using TOP 100 PERCENT:

In fact, this is exactly what Enterprise Manager, and as Hugo points out, Management Studio , does when you define a sorted view with the query designer (truly a tool of the Devil himself).

When I do a
SELECT * FROM dbo.myView;